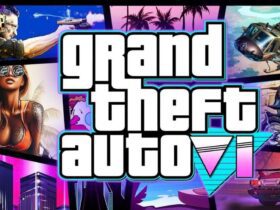 Space has sent to our planet a rare isotope of iron for the last 33,000 years. This thing is intriguing yet curious, mainly because scientists found radioactive dust underneath the ocean waves.Â

That indicates how Earth is travelling through a massive cloud left behind by an old supernova.

As per previous research, iron-60 (the rare isotope of iron) has dusted Earth before. Scientists didn’t expect that such dusting will still continue to be present. That means we’re travelling through an interstellar cloud of dust.

More intriguingly is that the dust might date from millions of years ago, from old supernovae.

This rare isotope of iron has puzzled scientists’ work for many years.

Deposits of iron-60 have been discovered on our planet, and scientists succeeded in solving a tiny part of the puzzle. Approximately 2.6 million and 6 million years ago, supernovae debris had been poured over Earth. But that’s not all.Â

We also have more recent (much more recent) evidence of this fantastic stardust on our planet.

A few years ago, scientists found iron-60 in the Antarctic snow that fell in the last two decades. That event was followed by another discovery of debris in the space around our planet.

Finally, the most recent finding includes five samples of deep-sea sediments from two regions dating back to 33,000 years ago. However, as intriguing as it might be, the last discovery puzzled scientists’ work even more.

If the cloud is really the source of the rare isotope, then there should have been a high growth when the Solar System reached the cloud.Â

That might have happened approximately within 33,000 years. The best way to find some answers is to search for more iron-60, covering the gap between 40,000 years ago and about a million years ago.