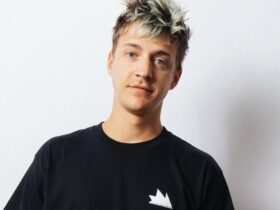 Also known as the sequel to Horizon Zero Dawn, the upcoming Horizon Forbidden West is under development by Guerilla Games. Sony is the publisher of the upcoming game, and those who are willing to play it will get that chance from either the PlayStation 4 or PlayStation 5 consoles.

Horizon Forbidden West is coming out in 2021 without having an exact release date. We’re talking about a role-playing action game that possesses extraordinary graphics even for the gaming world of 2021.

The Verge speaks about 14 minutes of gameplay footage for the Horizon Forbidden West game on the PlayStation 5 console, and you can feast your eyes on it below:

The video was showcased by Sony during a State of Play presentation. We can see Aloy, the protagonist character of the game, as he fights some giant machines that resemble animals, as well as some human enemies as well.

Horizon Forbidden West presents the story of Aloy, the young huntress of the Nora tribe who was sent on a quest to the Forbidden West, meaning the arcane frontier. Aloy has to find the source of a plague that’s highly lethal. As she travels to the uncharted lands, Aloy finds hostile regions occupied by deadly machines and ravaged by massive storms. Aloy also finds a vast array of environments and ecosystems.

Guerrilla B.V. (aka by the trade name of Guerrilla Games) is a Dutch first-party game developer based in Amsterdam and also part of SIE Worldwide Studios. The company was founded in 2000 as Lost Boys Games through the merger of three smaller studios as a subsidiary of multimedia conglomerate company Lost Boys.

It’s nice to see that the PS5 console is getting more and more games. According to the latest report, Sony has sold about 7.8 million PlayStation 5 consoles, while the number of those who have a PlayStation Plus subscription is about 47.6 million.