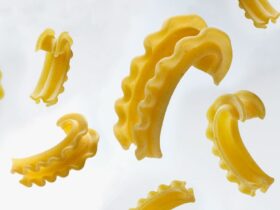 Scientists Developed Pasta That Can Reshape Similarly To Moving Organisms!

This delicate yet harsh rain of bits of asteroids and other cosmic features far outweighs bigger meteorites that hit our planet. Despite such an enormous amount, it’s still hard to identify space debris or record its annual accumulation in almost most places. That’s because the particles wash away. But that’s about to change!

Space Dust on Earth: What Should You Know

In Antarctica, more accurately, in Adelie Land, near the French-Italian Concordia, snowfall is highly predictable, and there is almost no space dust at all.

That region is so special thanks to the way it preserved the layers of space dust. These layers represent a unique opportunity for researchers to predict how much space dust fell annually.

The team led by Duprat dug out big trenches of snow and transported the snow layers in 20 kilograms (44-pound) barrels to the lab. What they observed and found is genuinely intriguing.

For a better analysis of the space dust, researchers melted the snow to collect the dust particles. They discovered around 5,200 tons (4,700 metric tons) of tiny extraterrestrial particles.Â

The particles are between 30 and 200 micrometres in diameters and fell on Earth annually. Such a discovery is actually the biggest source of space dust on our planet!

A better understanding of the space dust reaching Earth could help researchers in many fields of geophysics and astrophysics.

Some scientists even believe that these tiny extraterrestrial particles contain elements and molecules from some space rocks. These might have been essential to the early evolution of life on Earth. How thrilling could this be?