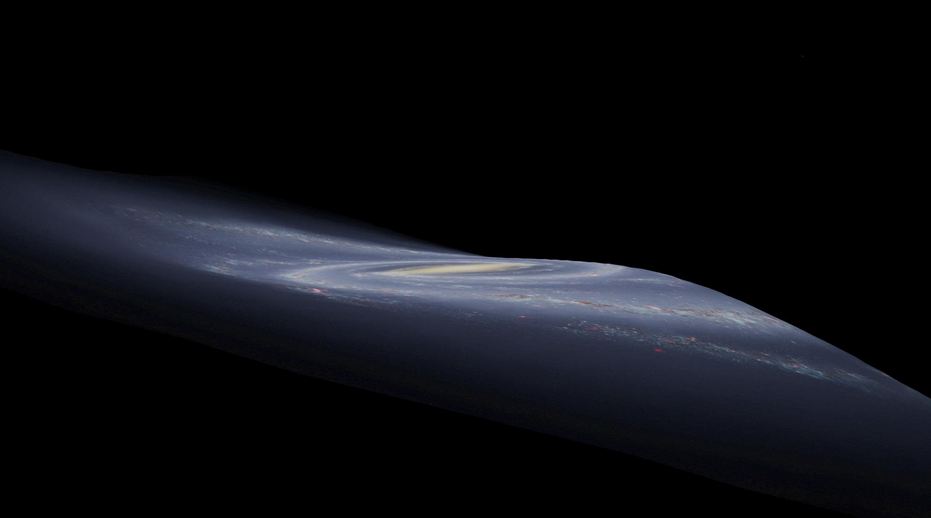 Milky Way’s Disc is Warped Due to a Collision: New Data is Now Available

We’re less than a month away until Digimon Survive, a visual novel game with RPG and survival strategy elements that’s being developed by Hyde, will be released. The title will be published by Bandai Namco, and it’s coming to PS4, Xbox One, Nintendo Switch, and Windows PC.

After the release date trailer that came out around mid-June, a gameplay trailer now came out as well to show us what exactly the players will have to do. It seems that in Digimon Survive, the main deal is to explore the surroundings and see how you can benefit from them. It’s a world surrounded by mysteries and monsters out there, so beware!

Here’s a description teaching us even more about the upcoming game, coming from the release date trailer:

When Takuma Momozuka finds himself lost on a school camping trip, he’ll be transported to a mysterious and dangerous world full of creatures called Digimon. On his journey, he’ll meet many companions, Digimon and human alike! Join Takuma as he searches for a way back home in this visual novel with turn-based battles.

Digimon Survive even allows you to communicate with friends during battles, and we all know that it’s a crucial aspect when it comes to such games! When the threat is too big, you need to address the elephant in the room by discussing and seeing what can be done. In Digimon Survive, the possibilities are numerous, as you can even converse with the enemy! Ain’t that great? The upcoming game seems to be doing its best to allow the player to prevail!

Even if Digimon Survive doesn’t turn out to capture your interest enough as soon as you start playing it, there’s no need to worry. With so many other good video games out there, there’s plenty more fish in the sea!