The Pokemon ‘verse is by far one of the fascinating worlds filled with all kinds of colourful creatures and sceneries. But do you know which are some of the most powerful ‘mon out there?

Psychic-type Pokemon are some mighty creatures that offer various mind-bending attacks you really need on the battlefield. Mewtwo, Gardevoir, or Alakazam are only a few Psychic-type ‘mon to choose from.Â

Curious about what Psychic Pokemon you should have on your team? 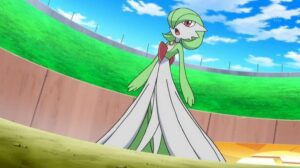 Gardevoir is a dual Psychic/ Fairy-type ‘mon with some of the best attacks.Â

The Pokemon features a high Special Attack (125), Special Defence (115), and some pretty impressive Speed stats (80). Also, Gardevoir’s Fairy typing is essential, as the ‘mon can use the Moonblast as a powerful attack. 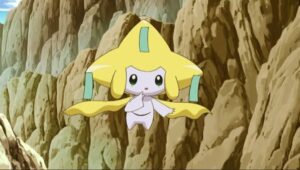 Jirachi comes with a 30 % chance to flinch your target and a U-Turn that can keep the ‘mon safe from attacks. However, the Healing Wish is what makes Jirachi the best ‘mon. Using that and you can fully heal the next hurt Pokemon!

This Flying/ Psychic Pokemon boasts impressive features that turn it into a total nightmare to deal with.Â

Lugia has a 106 HP stat and a fantastic 154 Special Defense. Use that, and you’ll get one of the most powerful ‘mon on the battlefield! 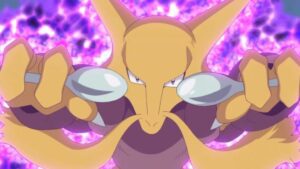 Alakazam is one of the iconic Pokemon ever created. The ‘mon is capable of amazing things, including sweeping lots of threats.Â 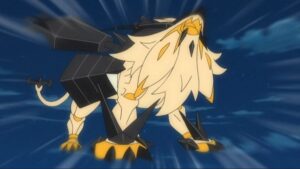 Necrozma, the tanky ‘mon, has a signature move, Sunsteel Strike, that can inflict damage.Â

You can use this Pokemon to set up traps like Stealth Rocks and escape sweepers with Toxic.Â

Mewtwo lands at the end of our list, but no best Psychic Pokemon top would be fair without mentioning it.

The popular ‘mon has an incredible speed of 130 and a high Special Attack stat of 154, sweeping most meta Pokemon. Mewtwo also has various attacks, including Ice Beam, Bolt strike Focus Blast, Moonblast, and Psychic.Â