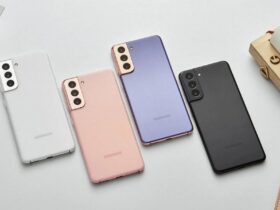 Saturn has puzzled scientists’ work for decades due to its mysterious structure that’s so challenging to probe. Recent data, however, shed light on a subject that intrigues us all: what’s like inside Saturn?

Thanks to the gas giant’s unique ring system, we might be finally able to take a glimpse at the planet’s interior. According to scientists, Saturn’s rings are some great “tools” in revealing some Saturn secrets.

Through the Rings and Straight to the Core

Ever wondered what it’s like inside a giant planet? How about Saturn’s?

As dazzling as it might be, we can finally take a sneak peek of the gas giant, thanks to a new analysis of Saturn’s extensive ring system.

As per the new analysis of some “wobbles” in Saturn’s deep main ring, the core is like nothing we’ve imagined. Apparently, Saturn’s core is a fuzzy area of mostly helium and hydrogen, with a gradual mixing of heavier elements. But that’s not all.

The planet’s core extends to 60 % of the planet’s radius and is approximately 17 Earth masses of ice and rock.

How can we learn all of that from Saturn’s rings?Â

Previous data found some strange signature patterns in Saturn’s C ring, one of the biggest main rings. Back then, scientists believed that the occurrence was unlikely made by Saturn’s moons at all.Â

However, the patterns seemed to be produced by some oscillations deep in the planet’s interior, which highly influence the gravitational field. Based on this, a new analysis emerged based on some constraints on the size and mass of the heavy element core of the gas giant.Â

Using data about those constraints, scientists found that Saturn’s core is approximately 55 times the mass of our planet. It also contains 17 Earth masses of rock and ice, and the rest, helium and hydrogen.Â

More research awaits as now we can finally get a glimpse at Saturn’s interior. Up next, Jupiter’s!