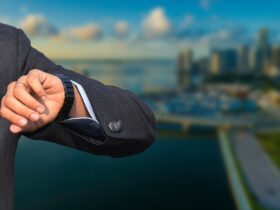 The Google Pixel Watch Will Have Many Bands and Straps

It’s the end of the road for Windows 10, Microsoft’s operating system that delighted and annoyed many of us since its release in 2015. Some are considering it more efficient than all the other versions of Windows, while others are complaining about its spying behaviour and many faulty updates that it had.

What’s for sure is that Microsoft will release a successor for Windows 10, despite some speculations that the Redmond-based giant will choose to update its latest operating system forever. Microsoft prepares the release of Windows 11, according to BetaNews.com.

Windows 11 will be officially announced in late June

Baidu revealed some screenshots of Windows 11, and judging by the looks of the upcoming operating system, we can say that it resembles its predecessor pretty much, but it also has some new tweaks.

Perhaps the most worth-mentioning aspect of the new OS is the presence of a Widgets icon in the taskbar, which is a forgotten Windows 7 feature. However, Windows 7 is still considered Microsoft’s best operating system by a huge number of users, although it was released twelve years ago. Microsoft’s desperate plea for convincing users to forsake the old OS in favour of Windows 10, have made many of them cling to Windows 7. Of course, the numerous flaws that Windows 10 had also represented a strong argument.

The “Michael MJD” YouTube channel also speaks about Microsoft’s upcoming Windows 11, and you can skip all the way to 7:34 to see the new looks:

The update to Windows 11 is expected to be free of charge for all users who have a valid license of Windows 10. It means the same recipe that Microsoft has applied for those who wanted to make the jump to Windows 10 from other versions of Windows.

Although Windows 10 was made available for pretty much everybody, many people were still reluctant into installing it. It will be interesting to see if the same thing will happen with Windows 11.