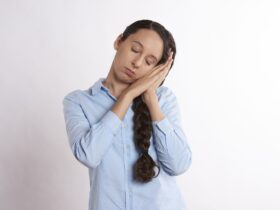 In Dragon Ball Z: Kakarot, players must prepare to help the Z warriors defend the Earth while playing from a new platform. After about a year and a half since the fighting game was made available for PS4, Xbox One, and PC, those who prefer their gaming on Nintendo Switch will finally get to play Dragon Ball Z: Kakarot.

The news of the DBZ game’s arrival for Nintendo’s console was made by Bandai Namco itself, the developer and publisher of Dragon Ball Z: Kakarot. The game becomes available for Nintendo Switch onÂ September 24!

As everybody would easily guess from the game’s title, the story focuses mostly on Goku, the Saiyan who was originally sent to Earth with evil intentions. But instead of wanting to kill all life forms, Kakarot, by his original Saiyan name, became one of the good guys and the greatest heroes that Earth ever had.

Goku saved the world more than once, and he even made some of the bad guys become good: Piccolo and Vegeta are some of them. The story follows the adventures of Goku in accordance with the original DBZ storyline from the anime. He starts by battling the evil Saiyans Raditz, Nappa, and Vegeta. Goku will also have to face the wrath of Frieza, the evil intergalactic tyrant who tried to eradicate the Saiyans long ago. The evil androids created by Dr. Gero, along with Cell, will also stay in Goku’s way. The latest big boss will be Majin Buu, a powerful monster who has the ability to instantly recover and regenerate after every blow.

There are even elements of Dragon Ball Super in DBZ: Kakarot, as the player will have to help Goku defeat Lord Beerus, the God of Destruction who wanted to destroy the Earth as well. Although Beerus is not exactly an evil character, he destroys only for maintaining a balance in the Universe.