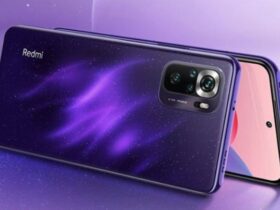 What’s the deal with the countdown in the Fortnite Season 8 lobby?

The mysterious countdown has just appeared, and it looks like Chapter 2 is finally coming to an end! A live event will also air, dubbed The End. Epic Games is known for its way of bringing such events, especially when it comes to a massive release.

Epic Games has just announced that the Season 8 countdown will bring us a colossal live event named The End. The special event is a one-time-only interactive experience that will feature the Fortnite Chapter 2 finale.

We’ve come across several leaks and rumors about the Fortnite map and a tough, final battle with the Cube Queen. Now, it seems that such things will be happening, and we’ll have to “fight the ultimate destroyer of all reality.” How cool is that?

So, what’s there in store for us?

We’ll be able to take part in a special event at parties of 16 friends. There’ll also be a playlist for The End, available for 30 minutes right before the massive event will air.

And as a reward, we’ll get a unique Loading Screen and Weapon Wrap to celebrate the end of Chapter 2 and Season 8, too!

Fortnite Season 8 Countdown: When is Ending?

The countdown will end on December 4 at 1 PM ET/ 4 PM ET/ 9 PM GMT. So, The End event is expected to air shortly after that.

Epic Games could delay that date, but make sure to check the game’s official page for more information. Also, we’ll keep you updated when new details are available.

Fortnite Chapter 3 is expected to bring some of the biggest changes we’ve ever seen so far. Fingers crossed, to get some of the much-awaited crossovers and skins, including Spider-Man!