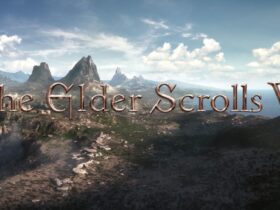 Thanos is back and a great event is coming ahead! Epic Games just confirmed that the popular supervillain will return to the Fortnite ‘verse, bringing some cool stuff with him.

Players will have to compete in the Thanos Cup and get a chance to unlock Thanos’ skin early. We’ve compiled a list with everything you need to know, including how to get Thanos’ skin, so you know what to expect. 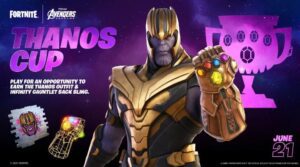 The Thanos Cup will air on June 21 as a limited-time event, for only three hours.

You can see that the competition will be tough, especially for those hoping to get their hands on the Mad Titan’s skin!

How to Enter the Thanos Cup

As previously mentioned, to celebrate Thanos’ comeback to Fortnite, Epic also confirmed the arrival of a new tournament, ready to challenge your skills.

The Thanos Cup will be available only for those who are at least level 30 and got their accounts secured with a two-factor authentication feature.

If you finish between second and last place will still get the points! 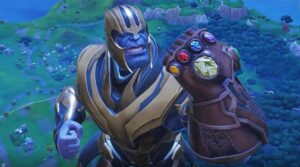 Top teams in every region will get unique rewards, such as the Thanos Black Bling and the Outfit (huge inspo from the character’s look in Avengers: Endgame).

As for the teams who score at least eight points, they’ll get the Thanos Watches Spray.

Remember that you might have to wait a couple of days until you receive the rewards!

How to Get Thanos’ Skin

If you don’t get the chance to grab the skin early, buying it from the Item Shop is the last thing you can do.