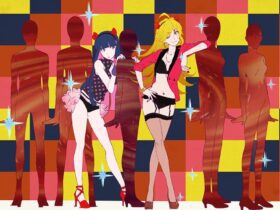 ‘Panty and Stocking with Garterbelt’ Anime Renewed for Season 2 after 12 Years!

Fortnite is gearing up for a brand-new crossover from the DC Comics Universe, and we couldn’t be more excited. Epic Games just offered some hints about the arrival of a new superhero, Teen Titans’ Beast Boy.

After Rebirth Raven’s debut in the Season 6 Battle Pass, fans wondered if more Teen Titans superheroes would eventually end up in Fortnite. Curious to find out more about what Epic Games has in store for you? 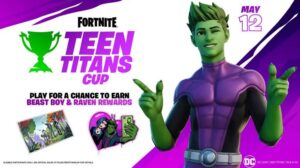 A special Teen Titans Cup will take place on May 12, featuring Beast Boy’s arrival in Fortnite. The event grants you some sweet rewards, including the new Beast Boy & Raven Spray, but that’s just for competing.

If you’re lucky enough and get at least 8 points, you’ll receive a sleek Loading Screen featuring the beloved Teen Titans superheroes Raven and Beast Boy. And that’s not all.

Reaching up to the top, it will get you the Beast Boy skin and Couch Titan Back Bling early, for free. You’ll be able to compete in maximum 10 matches for about three hours. How great is this?

Beast Boy Skin: How to Get It 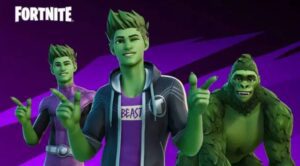 As previously mentioned, Epic Games has started teasing Beast Boy’s arrival with a few comic book photos published on Twitter. The images feature Raven as she finally reunites with Beast Boy but in Fortnite’s universe.

For starters, you’ll be able to get the Beast Boy skin from the game’s Item Shop. The skin will also come with a fantastic alternate Garfield Logan style outfit and a built-in Go Ape emote that’ll turn Beastie into a Gorilla.