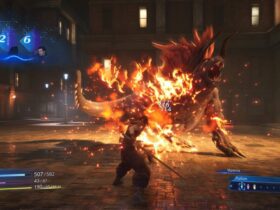 Crisis Core: Final Fantasy VII Remastered Will Be Available for PC and Consoles in 2022 – Watch Trailer

Fortnite is gearing up to welcome a new season as Epic Games releases more teasers. We know aliens will soon start roaming The Island, along with other cool stuff.Â

Last season had been quite a hit since Chapter 2 aired towards the tail-end of 2019. But now, Epic seems to have some huge plans ready to launch on June 8! Curious to find out more? 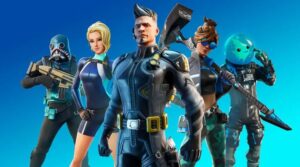 Epic has published a few teasers so far, hinting at a possible new alien world, weapons, superheroes, and weapon charms. The last teaser, however, sure sparks every extraterrestrial dream we might have for Season 7.Â

The teaser features some aliens commenting on some of the discoveries they have made on our planet. The message reads:

“The creatures of the Island seem to use this strange, flimsy holding device to consume their…bone modification liquid?”

We can notice in the teaser that aliens have captured a mini Fishstick toy, an unknown weapon, and a carton of milk.Â

One of the fascinating things in the last teaser was the objects. The first two (the milk carton and a Fishstick toy) could soon arrive as weapon charms.Â

As for the weapon, it seems to be some odd alien tech they’ll bring to the Island.

According to HYPEX, the new weapon is already available in Save The World, and it’s a shotgun dubbed the Pulsar 9000.Â 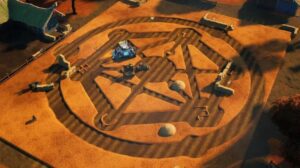 Superman has just been confirmed by Epic’s latest teaser, and we couldn’t be more excited! The teaser highlights three items along with the following caption:

The weapon to the right is a STW weapon called "Pulsar 9000"!

What are your predictions on the other 2 items ðŸ‘€ pic.twitter.com/cpbmhH2IgI

What could be the “strange plastic device?” Well, it’s nothing but a pair of glasses that could be introduced as another weapon charm. How cool is that?

We know Superman becomes unrecognizable when he puts his glasses on, turning back into Clark Kent. Also, Superman is very well known for his fights with aliens.

So far, Epic Games has offered a great deal of hints of what’s coming next. Season 7 will be available soon, on June 8, so stay tuned for more!Â