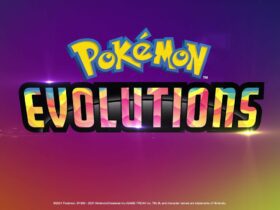 Pokemon Evolutions to Meet our Expectations thanks to OLM

Wondering about Fortnite Paradise and the new Season 4? There are only a few days left of Fortnite Chapter 3 Season 3, and leaks are already pointing to some major changes.

Epic Games hints at a Paradise of some kind in Fortnite, stirring quite the buzz among players. Until we all figure out what’s the real deal with Fortnite Paradise, let’s check out the latest leaks for a sneak peek!

Epic didn’t reveal many details about that; it just shared many live-action teaser videos on social media, like Twitter and TikTok. Check out what Epic tweeted:

It consumes everything. #FortniteParadise

Well, that looks pretty creepy, right?! Only the thought of “It consumes everything” sounds strange.

Fortnite Paradise could totally be the name of the next Fortnite Season 3. Actually, it makes sense if you think about it, but who knows?!

By the looks of the Paradise website, Fortnite Chapter 3 Season 4 is expected to air on September 18, 2022. If that turns out to be true, we might get to see the new season in only a couple of days!

The Chrome liquid appears again, modifying stuff entirely. This mysterious substance could be a big thing in Fortnite Season 4. For example, it could spread all over the map just like Reality Tree did this season.

Some leakers believe that the Chrome thing could work like sand tunneling, allowing players to sneak around from one area to another. That would be at least sleek!

Or, we might use the substance as a power to attack the opponents somehow. Who knows what Fortnite Paradise’s plans are? Until Epic doesn’t release more details, anything could be possible!