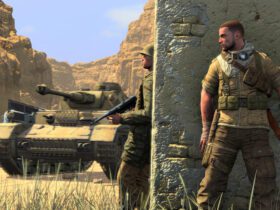 Excited about the next Fortnite Season 4? That’s just great because Fortnite Chapter 3 Season 3 will end in a few weeks, and we’ll explore a new season.

Fortnite Chapter 3 Season 3 will come to an end on September 17, 2022. Even if Epic Games didn’t confirm that, we know that’ll happen because the current Battle Pass is scheduled to expire on that date.

And once again, thanks to reputable Fortnite tipsters that have come across a ‘hidden’ date in the game’s files, we know that Fortnite Chapter 3 Season 4 is expected to air on October 2.

However, until Epic doesn’t release any information, it’s better to take everything with a pinch of salt.

If Epic has other plans and sticks to the schedule, we might get the Fortnite Chapter 3 Season 4 on September 18, 2022.

As we all know by now, new seasons are always followed by a long downtime that lasts almost all night. So, based on that, we should see Season 4 air the day after Season 3 ends.

The first official teaser image was leaked on September 1, landing accidentally on the Nintendo eShop.

Take a look at what tipster Shiina posted on Twitter:

The photo shows a creepy hand reaching out of something dark. Some believe that it belongs to The Paradigm, a member of The Seven who might be voiced by Brie Larson. How cool is that?

According to fresh leaks, the black goo covering the hand could be similar to the sand tunneling.

As for the new Battle Pass, some sources claim that Gwen Stacy from Spider-Man: Into The Spiderverse will arrive! The best part is that Miles Morales will also be featured.

I've gotten confirmation for this from multiple reliable people and @MidaRado got confirmation from his side too! pic.twitter.com/tchcxxQhg1

Or we might as well get a Goth/ Emo Meowscles skin in the Fortnite Season 4 Battle Pass, featuring a Paradigm look. That would end looking something like this:

ICYMI: This Meowscles skin is in the Season 4 battle pass. pic.twitter.com/X0fkAv6lkO

Remember that Epic didn’t reveal anything yet about the next Fortnite Season 4. So, until then, we’ll have to rely on the latest leaks and rumors.