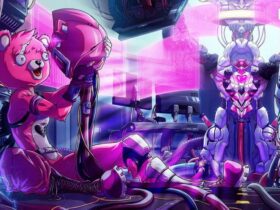 In Fortnite Chapter 3 Season 3, you’ll need some powerful weapons if you want to get the best in-game experience. That’s why we need exotic and mythic weapons!

Season 3 of Fortnite comes with exotic weapons like the Burst Quad Launcher or the Dragon’s Breath Sniper (initially featured in Chapter 2 Season 5). You can get any exotic and mythic weapon using Gold Bars. But first, let’s find out what are all the weapons in Fortnite Chapter 3 Season 3!

Exotic weapons might not be as powerful as the Mythic ones, but they sure know how to deal much damage! They’ll also look fantastic in your collection, so how about getting some now?

Check out all the Exotic weapons currently available in Season 3:

Notably, Fortnite Chapter 3 Season 3 is somehow back to basics. It only features five Exotic weapons around the Island. But that doesn’t mean we won’t get to see more Exotic weapons in the future!

If you still have trouble finding the Exotic weapons, check out the following map below:

How to Get Exotic Weapons in Fortnite?

Exotic weapons can be bought from NPCs around the Island, and they cost 400 Bars or 600 Bars. You can get more Bars by completing Bounties or other different missions from NPCs.

You’ve probably noticed that the weapons are just powerful versions of regular weapons. What’s also different now is that you’ll need to plant a Reality Seed to get some Mythic loot. Check out this guide to find out how.

The process might take a while, but it’s surely worth it!