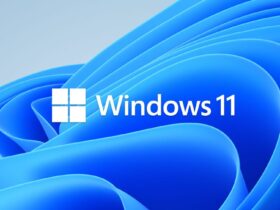 A fresh leak hints at one of the greatest crossovers yet to arrive in Fortnite! We talk about possible new challenges, rewards, and, of course, skins.

Fortnite wears the crown for the game with the best crossovers. So far, Season 5 welcomed God of War’s Kratos, The Flash, the famous Predator, and much more. Now, the rumour mill hints at WandaVision as the next crossover!Â 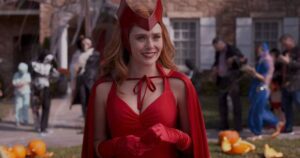 We’re always wondering who will follow Fortnite’s crossover trend next. Some leaks go wild hinting at one of the best arrivals so far.

However, the most recent leak offers the biggest clue, convincing players that Marvel beloved character Wanda Maximoff will arrive in Fortnite.

What chances do we have?

According to the new Fortnite v15.40 patch update, two new hunter portals are awaiting. Leakers discovered one portal referred to as Skirmish, and another, dubbed Kepler.

The first portal might be a male and female set, and the second, a male skin. Fans are already trying to decipher the message, and many believe the male and female squad is nothing but Wanda and Vision, the beloved characters from Disney+ TV series WandaVision.Â

What could be the chances?

AcutePanic might refer to the panic character Wanda gets as people find out her mind-bending reality is not well, real. As for ToneTrip, this might represent the change in tone that occurs in each episode of the TV series.Â

BikeCatch, one the other hand, could mean that there will be a male/female duo.Â 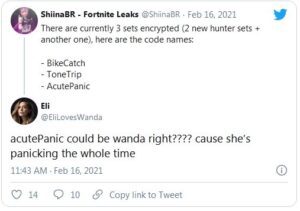 WandaVision Could Be a Great Addition in the Fortnite ‘verse 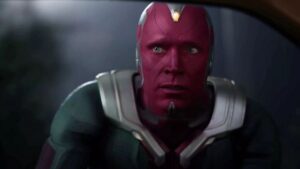 What’s intriguing is that Fortnite’s Season 5 features a theme similar to WandaVision’s world.

If you don’t know, Wanda tries her best to keep citizens of a little town from escaping her perfect reality. She seems to do just fine, using her powers and skills. But Wanda is not the only one doing this.

Agent Jonesy uses the world’s best hunters to stop players running away from Fortnite’s The Island. So, you see a match here?

Whatever Fortnite decides to bring us next, we will get more Marvel skins for sure! But, WandaVision will totally be a sleek addition.Â

Let’s keep our fingers crossed and hope to see the beloved Disney+ characters coming to life in Fortnite, too.