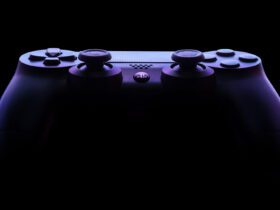 PS6 Development: Are We Getting a New Console?

FIFA 22 is only a few months away from being released, and fans never stopped speculating about what the game will bring. Will it have the Croatian National Team? Will there be any new leagues? Is it room for any improvements for the Career Mode? We’ll certainly find out irrefutable answers to all these questions soon.

If you’re willing to get your hands on the next-gen upgrade of FIFA 22, you’ll have to buy the game’s Ultimate Edition. The information comes from a new Dual Entitlement FAQ that was listed on EA’s website.

At the same time, if someone buys the Standard Edition of FIFA 22 for PS4 and chooses to later upgrade to PS5, he or she will be forced to also buy the PS5 version of the football simulation game to get to play it.

As usual, we can hope that the next FIFA game will be better than its predecessor, but only time will tell for sure how the upcoming title will be. The game will have the new HyperMotion Technology, which promises to ensure “the most realistic, fluid and responsive football experience for next-gen consoles and Stadia.”
As quoted by GameSpot.com, EA Sports FIFA GM Nick Wlodyka said:

FIFA 22 offers millions of fans around the world a chance to engage with the sport they love in an unprecedented way,
Each player experiences FIFA in their own way but on-pitch gameplay is the unifying constant, so we’re excited to offer deep innovation there. HyperMotion elevates that even further on next-gen consoles and Stadia and completely changes the feel of the game.

FIFA 22 will become available for Xbox One, PS4, Xbox Series X and S, PS5, Stadia, and PC on October 1. Those willing to play the game on PC can do so via Steam and Origin, and a “Legacy Edition” will be available for Nintendo Switch.