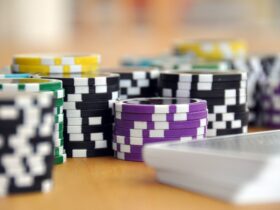 Whether we like it or not, Doomsday will surely come sooner or later. Both science and the Bible admit it, and the only questions are “when?” and “how?”. Among the most plausible scenarios, we find the hypotheses of a nuclear war, the Sun increasing its volume, the contact with a cosmic monster such as a black hole or a supernova, or the history repeating itself through another Chicxulub impactor like the one that killed the dinosaurs.

It would be a bit ironic for a technologically advanced species such as ours to be wiped out by a rock coming from space, but once again, we have to face reality and admit that it is at least theoretically possible. But the good news is that astrophysicists are constantly trying to find new ways of dealing with such a threat.

The Jerusalem Post announces that according to a study by the Airbus Space company, TV broadcast satellites can easily be repurposed for deflecting asteroids.
Albert Falke, leader of the Fast Kinetic Deflection study from Airbus, explained on the Airbus website:

If you calculate the overall scenario with an asteroid still three years away from possible impact, we have a whole six months to react and launch the mission – including political decision-making.

After the launch, the sixteen-month flight phase for reaching the asteroid should be enough for hitting and deflecting it.

In the end, most scientists agree that the scenario of a collision with a devastating asteroid is highly improbable in the next 100 years or so, meaning that we won’t get to see the idea of using TV satellites against ‘global killers’ in action. Of course, we must admit that we don’t mind at all.