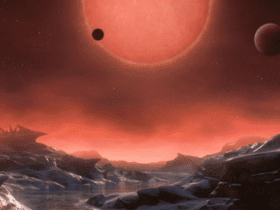 The Water Worlds Recently Found Could Have Up to 50 % Water in Their Composition, Researchers Say

FIFA 21 has fixed some mistakes of its predecessor game, and the team of the year selection confirms that gamers had a lot of fun while playing the latest iteration from the FIFA series. The squad gathered about 10 million votes from 185 countries, asÂ Givemesport.comÂ reveals.

At one month away from being 36 years old, Cristiano Ronaldo made it into the starting XI of the FIFA 21 Team Of The Year. Despite his age, the Portuguese superstar is still a key player for Juventus and one of the top goal scorers in Serie A. As for the footballer who was once his main rival, Leo Messi, the guy wasn’t included in the roster. Behold The Team of the Year for FIFA 21:

The German giant Bayern Munchen has been a real monster in the last years, so there’s no wonder how the team gives four players to the selection: Neuer, Davies, Kimmich, and Lewandowski. Bayern won the Champions League trophy in 2020 after defeating PSG in the final with 1-0. The only goal of the match was scored in the 59th-minute by former Paris Saint-Germain player Kingsley Coman. Because of the COVID-19 pandemic that has ravaged Europe and many other countries in the world, the UEFA Champions League final from 2020 was held behind closed doors.

Liverpool is the second team that offers the most players for The Team of The Year in FIFA 21 — the footballers Alexander-Arnold and Van Dijk.

What do you think about the selection? Do you believe that other players deserved to be in the first XI? Let us know in a comment!