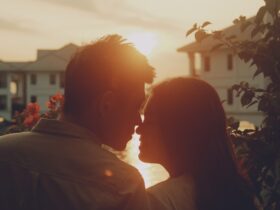 There will soon be an updated version of the Google Clock app that will make it simpler to turn off the alarm. The new update, numbered version 7.4, is now being released. It improves the user interface in a number of ways. In version 7.4 of Google Clock, the sliding snooze and alarm stop features have been replaced by physical buttons. The timer area has also been revised in this version to be more aesthetically pleasing and user-friendly, with bigger buttons to set the timer and stop it.

Noticed one big change in the new Google Clock 7.4 – dismissing alarms is now a button press instead of a swipe. https://t.co/TYhYfCA4Ac pic.twitter.com/PF6poDhIZH

Earlier today, Artem Russakovskii pointed out on Twitter that the Google Clock had been updated to no longer need a swipe motion to silence an alarm but instead required users to hit a button. The tweet below displays the updated user interface, which places the snooze button to the left and the stop button to the right. Simply pressing one of the buttons will start the associated action when the alarm goes off.
Some users have complained that they cannot see this in their copy of the app; this may be due to an accessibility option on the phone. We put the upgrade through its paces and tried a few different things, but the updated snooze and stop buttons never showed up. We’re going to keep an eye on this for the time being and let you know if anything changes.

The Google Clock 7.4 update supposedly not only revamps the appearance of the alarm clock, but also of the timer inside the program. Samson, a Twitter user, noticed the modification and posted a screenshot of the updated user interface, which now displays the remaining time as a circle. The timer’s count has been moved to the upper left, and the plus and minus buttons for setting and clearing the timer are now bigger and symmetrically placed.