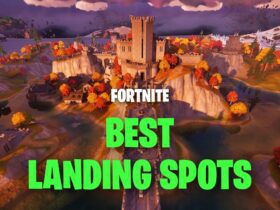 Since it’s been two days already since we’ve passed into 2023, we can already learn about the exciting games coming to the market this year. “Fate/Samurai Remnant” is one of them. It’s the future action RPG that has its roots in the Fate universe, and it shall be available for multiple platforms soon enough.

There’s even a new teaser trailer available for Fate/Samurai Remnant, and it confirms that the game will be available for PC, Nintendo Switch, and PlayStation consoles. Feel free to watch it to find out more about the future game:

Unfortunately, there’s no precise release date unveiled just yet – we still know, however, that the game is launching this year.

In this instance, it appears that the focus of the story is centered on the medieval Japanese period, as opposed to the contemporary settings featured in other notable Fate series like Fate/Zero and Fate/stay the night. This will provide a unique and distinct backdrop for the narrative.

It’s surprising to conclude that Fate/Samurai Remnant will not be available for the Xbox Series X/S consoles. The Xbox Series X and Series S are the latest generation of consoles from Microsoft and have received generally positive reviews from critics and users. The Series X is a more powerful and feature-rich console, with support for 4K resolution and high frame rates, while the Series S is a more budget-friendly option with lower performance capabilities but still capable of full HD resolution. Both consoles offer a range of exclusive and third-party games and have backward compatibility with a large library of games from previous Xbox consoles. Overall, the Xbox Series X and Series S are considered to be very good consoles with a strong selection of games and features.

RPG’s remain fun to play due to several reasons. One of them has to do with customization, as many RPG’s allow players to create and customize their own character, choosing everything from their appearance to their skills and abilities.