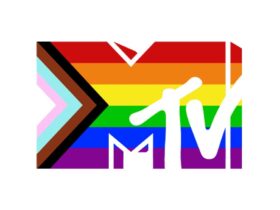 Meizu, the company that somehow manages to fly under the radar despite making some truly weird and wonderful smartphones! From their quirky design choices (who could forget the notorious “moustache” fingerprint sensor?) to their experimental features (remember when they released a phone with a built-in thermometer?), Meizu is never afraid to think outside the box.

But don’t let their wackiness fool you – Meizu phones are actually quite capable devices with solid specs and impressive performance. Plus, with their typically more affordable price points, they offer great value for budget-conscious consumers.

Geely is now the owner of Meizu

ARENAEV has spotted a new article on IT Home, and the big news could leave you speechless: Geely has become the owner of Meizu.

Meizu and Geely are both Chinese companies with a focus on consumer products. Meizu is a smartphone manufacturer, while Geely is a conglomerate that produces a wide range of products, including automobiles, motorcycles, and home appliances.

Both companies have a strong presence in the Chinese market and have also expanded internationally. Meizu has released phones in several countries, while Geely has a significant global presence in the automotive industry, owning several well-known brands such as Volvo, Polestar, and Lotus.

Both Meizu and Geely have a reputation for producing high-quality products at competitive prices. They also have a history of innovation, with Meizu introducing unique features in their smartphones and Geely developing advanced technologies in their vehicles.

So whether you’re in the market for a phone with a pop-up selfie camera, a customizable LED notification strip, or just a plain ol’ reliable device, Meizu has got you covered. Just don’t be surprised if you turn heads with your unconventional choice of smartphone.

Meizu is far from being the only Chinese smartphone manufacturer that’s worthy of mentioning. Brands like Xiaomi, OnePlus, Oppo, and Huawei are also performing very well in the market.