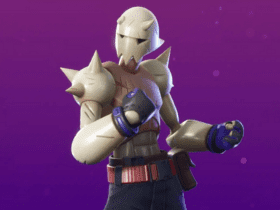 Xbox Game Pass won’t have five specific games any more after January 15. The titles that will leave the service are more or less interesting for the majority of gamers out there.

The information is provided by Novice Gamer Guides. Here’s the list of the five games in question:

Xbox Game Pass is a subscription service that gives players access to a wide selection of games for a set monthly fee. Many players have found that Xbox Game Pass offers good value for money and provides a convenient way to access a large library of games. Some of the benefits of the Xbox Game Pass include:

A wide selection of games: Xbox Game Pass offers a variety of games, including new releases, fan favorites, and classics.

Convenient access: With Xbox Game Pass, you can easily download and play games on your Xbox console or PC without having to purchase each game individually.

Regular updates: New games are added to the Xbox Game Pass library on a regular basis, so there is always something new to try.

Overall, many players have found that Xbox Game Pass is a good service that provides a lot of value for the monthly fee. However, it’s worth noting that not all players will find the same value in the service, as it depends on individual preferences and gaming habits.

If you want to become a customer of Xbox Game Pass, you’ll need to pay a monthly subscription fee of $14.99.

Xbox Game Pass offers an extensive library of over 100 games that can be played on a console or PC, with new titles added regularly. The service provides unlimited access to a wide range of high-quality games and offers different plans for consoles, PC, or both.