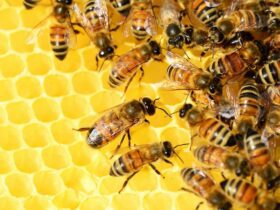 Adobe Flash is officially no longer supported since the beginning of 2021. Adobe introduced the final Flash update in December 2020 and announced that they would disable the plugin’s functionality this year.

Regular browsers like Firefox, Chrome, or Edge won’t support Flash either anymore, and the decisions led to a question that haunts the minds of many users across the globe – What if you need to access Flash content after 2020? What if the content remains there though the plugin isn’t supported anymore?

One standard solution is Ruffle – an emulator that supports all modern operating systems and modern web browsers that can run WebAssembly.

The great thing about Ruffle is that its devs introduced browser extensions for Firefox, Chromium-powered browsers like Chrome, Brave, Edge, Vivaldi, Safari, And Opera.

Ruffle is hosted on the Chrome Web Store and the Mozilla Add-on Store currently. It is still undergoing development and should be run on dedicated development systems or “throwaway” machines for the time being, but installing it is very easy if you want to do so.

To install it on a Chromium-based browser, you first have to download it from the official download site:

Then you have to unpack the archive and open your browser. Type chrome://extensions/ in the address bar and then enable the Developer Mode.

After doing that, you can click on Load unpacked and pick the folder you unpacked the file to.

That is all, and you’re all set!

Ruffle isn’t 100% capable of replacing Flash, meaning that it will occasionally run into content it can play, but it will undoubtedly do the trick most of the time for the average user.