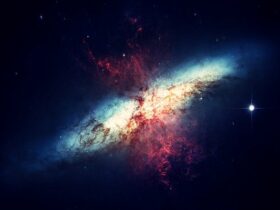 From five initial concepts of previous Sysnova studies, ESA succeeded in keeping only three “mission scenarios.” What are they about? Also, are the space agency’s plans going to surpass previous studies?

Lunar Caves: a World to Wonder for ESA

The space agency decided to examine two mission concepts that focus mainly on investigating a cave entrance. It will also combine some ideas from previous mission plans.

A lot to deal with

Examining the entrances of lunar caves can offer essential details about the possible resources available in the underground world of the Moon. But that’s not all.

We can find out more about the radiation protection generated by the lunar regolith. How could this help us in the future?

According to scientists, the lunar regolith might tell us the chances for any potential permanent lunar base.

You can see below a series of images of open lava tubes on the Moon: 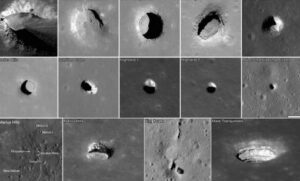 A team of scientists from the University of Wurzburg developed a spherical probe as part of the first mission.

The probe can enter into a cave mouth quickly by a crane attached to a rover. It can also carry a 3D lidar, a dosimeter, and an optical camera.

This development would read radiation levels at the lunar cave entrance.

For the second mission, communication and wireless power are the keys. Scientists from the University of Oviedo developed a “charging head” attached to a rover-crane tail.

That would power and communicate with other rovers that don’t have such instalments.

How much will those missions last? They could last for only a lunar day, approximately 14 Earth days or more. But ESA has more plans.

The space agency wants to link the two missions to another two of their joint lunar exploration works, dubbed EL3 (the European Large Logistics Lander).