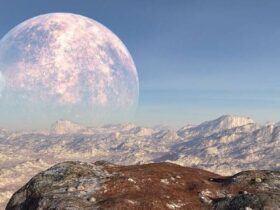 Last year, Samsung merged its Samsung Pay and Samsung Pass applications into a single app called Samsung Wallet. This allowed users to access digital keys, boarding passes, IDs, payment cards, and more in a single location. The business first made the complete digital wallet available for purchase in just six areas, but over the course of the year, they increased its availability to a total of 21 nations. It was revealed today that Samsung Wallet would soon be accessible in eight more areas across the world:

The number of countries that are supported by the Samsung Wallet app will increase to a total of 29 starting at the end of January when it is released in Australia, Brazil, Canada, Hong Kong, India, Malaysia, Singapore, and Taiwan by Samsung. Users of Galaxy smartphones in these locations will be able to manage their boarding passes, passwords, gift cards, and other items in the app once it is released.

Additionally, Samsung Wallet gives you the ability to keep track of your bitcoin holdings via an app called Samsung Blockchain Wallet, and it integrates with the SmartThings network to assist you in unlocking doors using digital keys. In the not too distant future, Samsung intends to roll out support for digital identification documents such as driver’s licenses and student IDs. Be aware that some of these features are only available in certain regions, so it’s possible that you won’t have access to them in your area.

In addition to these areas, people in the United Arab Emirates, the United Kingdom, and the United States are eligible to use Samsung Wallet. The list also includes China, Germany, France, Spain, Sweden and other countries.  In the next weeks and months, Samsung will most likely distribute the app in other countries.