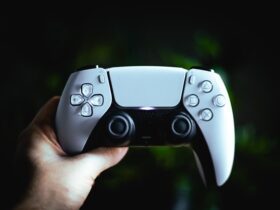 PS4/PS5 Compatibility Trick: You Only Need A Jailbroken PS4

Google Messages now supports end-to-end encrypted group conversations, a feature that was added around a month ago. At the beginning of this month, the business made the functionality available to all users on the beta channel; however, it was restricted to groups with a maximum of 21 members. It has now raised the limit to 100 members, enabling you to build group conversations that are end-to-end encrypted with an even greater number of participants.

Google Messages is starting to roll out support for having up to 100 members in an end-to-end encrypted group chat!

For the time being, end-to-end encryption for group conversations is still only available via the beta channel of Google Messages. On the other hand, we anticipate that it will be released on the stable channel in the next weeks. When it becomes available, end-to-end encryption in group conversations will automatically be turned on by default once it is implemented. You will be able to check its status by choosing the Group information option from the menu that is accessible by pressing on the button with three dots that is located in the top-right corner of a group chat.

When the feature is turned on, the end-to-end encryption status will be shown on the Group details page with a short explanation that reads, “This discussion is end-to-end encrypted.” This is illustrated in the screenshot that has been attached to this post. If you are a participant in the open beta program for Google Messages, you should already have access to this option.

Over the course of the last several months, Google has added numerous features to the Messages app, including end-to-end encryption for group conversations. The goal of these additions is to bring the Messages app up to pace with other competitive third-party messaging applications, such as Signal and WhatsApp. The previous month, Google began rolling out support for additional emoji responses, and earlier this month, the company stated that it will soon make it possible for users to respond to RCS messages using any emoji. Google has already begun testing the function with a select group of users, and it is expected to become available for usage on your smartphone within the next several weeks.