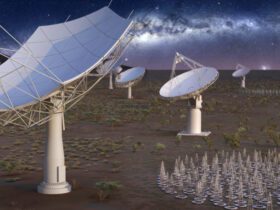 Satellite Constellations Could Be a Threat for Upcoming Radio Telescope

Assassin’s Creed Valhalla was introduced to the world last year after constant praise and presented a roadmap full of content that it aims to deliver.

The game’s first DLC, the Wrath of the Druids, was pleasant and took the game in a different direction than we expected. It took gamers to Ireland and got them fully immersed in the land surrounded by a fantastic mythology and a pleasant new story.

The Siege of Paris appears to be offering a comparable experience, taking players to a new time of history.

As the name implies, we could expect to see the rapidly changing skyline of Paris from many angles as we progress throughout the new story.

In the meantime, the game got some free updates, which were an excellent addition.

An official release date for the Siege of Paris is listed by the developer’s roadmap as being during this summer.

June has nearly ended, which means that we should expect the update sometime within the next two months.

The developer’s E3 Forward event happened last month, and the new update was mentioned, but they didn’t also provide a release date.

Additionally to a new region in Francia (which is nowadays’ France), the Siege of Paris will happen in Paris, roughly simultaneously as the game’s other events.

There will be a whole new story to complete. We will see Eivor seek to undermine the numerous factions in control of the city to kickstart its downfall.

There will be more news about the update as leaks have begun making their way online, so stay tuned for more!