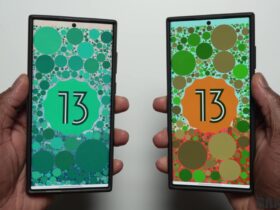 One UI 5.1 Could Be Available Soon Just in Time For Samsung Galaxy S23

If you’re a fan of the classic Dragon Ball series, you’ll be excited to hear that the 23rd Martial Arts Tournament, featuring the iconic battle between Goku and Piccolo, will be included as a new arc in an upcoming DLC for Dragon Ball Z: Kakarot. This will allow players to relive the early days of Goku’s teenage years, as well as Piccolo’s desire for world domination.

Other fan-favorite characters such as Tien, Yamcha, Kami, Mercenary Tao, and Krillin will also be featured in the tournament. This will be the 5th DLC for the game, following the Bardock-centric previous addition. While Goku may have been weaker during this particular tournament compared to his strength in Dragon Ball Super, it serves as a reminder that epic battles can still be fought without relying on Super Saiyan transformations and massive power-ups.

Dragon Ball: 23rd Tenkaichi Budokai Arc will be the 5th DLC, one after Bardock DLC for DBZ: KAKAROT!

Via: @eL_Maverik_ & double confirmed by my source as well! pic.twitter.com/K7SGJHjwoq

In the Dragon Ball series, there are several martial arts tournaments that are held throughout the story. The most well-known tournament is the Tenkaichi Budokai, also known as the “Strongest Under the Heavens” tournament. This tournament is held every five years and is a major event in the Dragon Ball world, attracting the strongest martial artists from all over to compete against each other. There are also other tournaments that are held throughout the series, such as the Intergalactic Tournament and the Tournament of Power.

Goku was just a teenager when he fought Piccolo Jr. in the tournament. However, the beloved Saiyan was still insanely strong, even for that time. Goku has been training under Kami and Mr. Popo before participating in the tournament. That training program of several years marked the transition from Goku’s childhood to adulthood.

The first Dragon Ball series, consisting of 519 chapters collected in 42 volumes, aired in Japan from 1984 to 1995 and followed Goku’s journey from childhood to adulthood as he searched for the Dragon Balls.