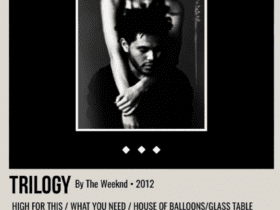 The Weeknd’s ‘Trilogy’ Was Released 10 Years Ago

The annual CES event has usually been a veritable feast of gadgetry, with all sorts of impressive gadgets on display for the world to ogle and coo over. From smartwatches that can do everything except make your morning coffee (although we have a feeling that’s coming in the CES 2024 lineup) to virtual reality headsets that transport you to far-off lands, the floor was packed with tech that would make even the most jaded gadget enthusiast’s jaw drop.

And let’s not forget about the shiny new drones, robots, and AI-powered gadgets that had everyone buzzing. All in all, it is a thrilling event that can leave us all wondering what amazing innovations the future holds in store.

CES 2023 wasn’t too far from that description, and now it’s time to learn about the ‘Horizon: Call of the Mountain’ game played in PSVR 2.

PSVR 2 is launching in late February

Sony’s highly anticipated PlayStation VR2 is just around the corner, with a release date of February 22, 2023. This next-generation virtual reality headset is designed specifically for use with the PlayStation 5 console and is sure to take your gaming experience to new heights.

Horizon: Call of the Mountain is an upcoming adventure/platform/shooter game set to release on February 22 for PlayStation 5 consoles. But would it make a good team with the PSVR 2 headset? Let’s find out:

Virtual reality (VR) technology has been around for decades, but it has only recently started to become more widely available and popular among consumers. According to a report from SuperData Research, the global VR market is expected to reach over $45 billion by 2027, growing at a compound annual growth rate of 26.8% from 2020 to 2027. In 2020, it was estimated that there were approximately 4.1 million VR headset users in the United States alone.

Get ready to immerse yourself in a world of endless possibilities and endless entertainment with the PlayStation VR2!