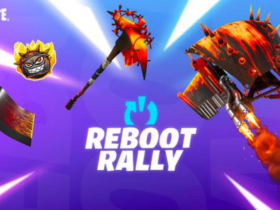 This month we will have a surprise visitor, the Comet C/2022 E3 ZTF. This comet will make its closest approaches to Earth and the sun in the coming weeks. It was discovered in March 2022 by astronomers when it was 643 million kilometers from the sun, inside the orbit of Jupiter. Since then, the comet has moved closer to the sun and Earth.

Continue to read more facts about the newfound comet.

Well, the perihelion is the comet’s closest approach to the sun. This will happen at 11:00 p.m. EST on January 12. If conditions are right, skywatchers can see the comet with the naked eye, and you should be able to find it with binoculars or telescopes. Also, there are other alternatives. You can watch on Youtube or live on Virtual Telescope Project if you don’t have the suitable condition.

More Information About The Newfound Comet

The orbital period of this comet is 50,000 years, meaning that it hasn’t approached Earth since the Upper Paleolithic period. Meanwhile, this could be the last time it comes our way. Its orbit is not closed, so it does not return to the same angular position where it began.

C/2022 E3 ZTF will zoom back into deep space after it makes it closest to Earth and probably never return because of its highly parabolic orbit.

According to Jessica Lee, an astronomer at Royal Observatory Greenwich:

“predictions suggest that the orbit of this comet is so eccentric it’s no longer in an orbit — so it’s not going to return at all and will just keep going.”

Below, you can see several photographs of the comet as it dashes through the solar system.

Stay tuned if you want more information about the space world!