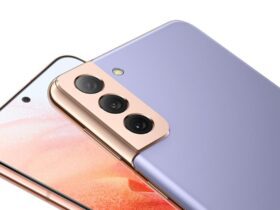 Samsung Galaxy S21 vs. Xiaomi Mi 11 – Which One Is Worth Buying?

Any Dragon Ball fan out there knows about Goku’s ultimate technique, the Spirit Bomb. The beloved Saiyan used it against Majin Buu, the most powerful villain in Dragon Ball Z and surely one of the toughest fighters in the entire franchise. Competing against a monster who regenerates itself after every hit you throw at it, regardless of how powerful it is, is indeed insane. Therefore, Goku needed something totally different to have a chance at taking down Majin Buu.

The Spirit Bomb seemed like the only solution left: a massive amount of power that puts together all the energy from every living being located nearby. And when we say ‘nearby’, we mean from other star systems as well. Goku could load the Spirit Bomb, but only with the help of those willing to give him some of their own energy.

A lot of people were curious about the ‘science’ behind Goku’s ultimate move. That’s where Rikao Yanagita, who is the author of the Fantasy Science Reader (空想科学読本) book series, comes to help. By doing some research, he tried to answer the question of how much energy each Earthling had to give in order to be enough to complete Goku’s Spirit Bomb against Majin Buu. Long story short: 270kcal. Even though it’s just a cartoon and Spirit Bombs don’t exist in reality as far as we know, there is some logic behind the devastating attack.

Rikao Yanagita, author of the Fantasy Science Reader (空想科学読本) book series, has a new article out attempting to scientifically analyze how much energy each Earthling would need to contribute to wipe out Majin Buu. Short answer: 270kcal. https://t.co/aymLTsQJRC pic.twitter.com/qw9N5qFYB0

“Yanagita says that the human body is composed primarily of oxygen, carbon, hydrogen, and nitrogen. If Majin Buu’s the same (big if), and he weighs about 100kg, then destroying him on an atomic level should require energy equivalent to burning 250,000 tons of petroleum.”

“Here on Earth-Prime the population is about 7.8 billion these days, so if [Dragon Ball] Earth is the same (big if), we can then round up to a nice even 10 billion to account for all the Namekians and whatnot who also contribute. Again, Yanagita’s logic, not mine,” he continues.

“Finally, dividing 250,000 tons of petroleum by 10 billion means an average energy contribution of 270kcal. That’s about the same amount of energy someone weighing 79kg burns up by running 3.8km. And hey, that kinda matches what Vegeta says!”

There you have the big answer! If you think it’s easy to handle a Spirit Bomb, you’re so wrong!