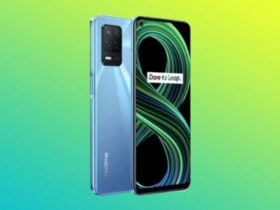 Realme V25 Will Pack This Processor – Specs and Features Revealed

While rioters attacked the US Capitol and protests broke out in Washington DC, such events are certainly not welcome in any democracy. The major social media networks didn’t hesitate to react, as President Donald Trump is accused by some groups to have instigated to violent manifestations.

We’ve assessed two policy violations against President Trump’s Page which will result in a 24-hour feature block, meaning he will lose the ability to post on the platform during that time.

President Trump’s controversial statement was:Â “We had an election that was stolen from us”.

Hard to handle the protestors

Donald Trump was always convinced that the outcome of the Presidential Election was stolen from him. He didn’t hesitate to express it in public, and it triggered an enormous wave of discontent across the American nation. TrumpÂ declared:

Even though I totally disagree with the outcome of the election, and the facts bear me out, nevertheless there will be an orderly transition on January 20th. I have always said we would continue our fight to ensure that only legal votes were counted. While this represents the end of the greatest first term in presidential history, it’s only the beginning of our fight to Make America Great Again!

The recent riots can only add more chaos to the nationwide terror situation caused by the ongoing COVID-19 pandemic. The US remains the most affected country in the world by the coronavirus, as it counts a total of overÂ 374,000 deaths.