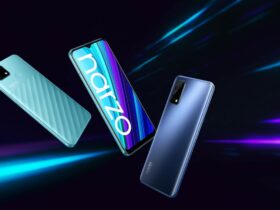 Everyone knows the sad story of Britney Spears and the conservatorship. #FreeBritney is trending, and many stars have shown their support, including Miley Cyrus, Paris Hilton or Justin Timberlake.

Lately, Courtney Love has given us great shows with her acoustic covers. Her life seems perfect when she moved to London after watching theÂ Downton AbbeyÂ movies. She is also recording songs for her first solo album to be released since 2004. And this weekend, she made sure to let the world know that she wants to #FreeBritney, with her cover of ‘Lucky’, one of Britney Spears’ most famous songs.

The story of ‘Lucky’

‘Lucky’ tells the story of an unfulfilling life of a pop star. At the end of the cover, Love starts crying: ‘I’m actually crying. I fucking hate this when it happens to me.’

Everyone has an opinion about Britney Spears’ conservatorship, and it seems that everyone is on the good side: we want Britney to be free. Both Spears and Love have the same manager, Sam Lutfi, who, in Love’s words, is a ‘street hustler.’ Lutfi may have to do with a restraining order filed by Jamie Spears and the conservatorship. Love herself took out a restraining order against Lutfi back in 2018. Apparently, he told her to ‘choke on opiates and die.’

Lou Taylor, business manager, allegedly also tried to take control of Britney’s family estate, after getting close to Jamie Spears. Taylor denied the allegations, even though Spears, Love and Lindsay Lohan say the same thing: he was involved in attempts at conservatorships for all of them.

Now that Courtney Love declared allegiance to Britney Spears, as well as many other stars in the industry, there is only one question left: will Britney get free?