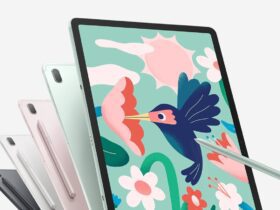 One year ago, numerous vaccines against the novel coronavirus were still under development, and nobody knew if either of them would actually work.

Thankfully, a bunch of them did!

Pfizer BioNTech and Moderna never registered the worst-case scenario of their shots going south in the worst way.

The companies generated billions of dollars in sales for the vaccines, and they hope to make even more money in the future.

However, some recent studies may temper the amount of revenue the vaccines would generate – The second-worst case scenario may be upon us.

The worst-case scenario was that the vaccines don’t work at all.

The second-worst case scenario was that the vaccines could work a bit too well.

Ali Ellebedy, an immunologist of the Washington University School of Medicine, led a team of researchers trying to figure out how long the protection granted by the vaccine would last.

The discovery was recently made public in Nature Magazine.

The significant discovery of the study was that the Pfizer vaccine might grant people immunity for years.

Though Moderna’s vaccine wasn’t analyzed, some experts believe that it would have a similar fate due to its mRNA technology.

There is a significant financial statement to be formulated if that is true.

If the vaccine is proven effective for many years, the company won’t have to sell multiple vaccine doses in the future as they did this year.

However, you should take the information with a grain of salt.

First of all, the research was conducted on a small group of only 41 participants.

The lymph-node samples that were relevant for the team’s discoveries were taken from only 14 people.

Future research is expected to clarify the fate of the vaccines.