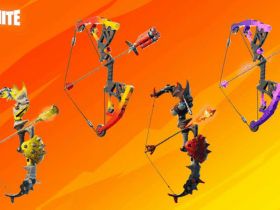 Today we will talk about a comparison between two of the most popular games of the moment – Clash Royale and Clash of Clans. They have some similarities, but only one of them can be the best! Let’s find out which game takes that title.

Clash of Clans is a Real-time Mobile Strategy game published by Supercell for Android and iOS. The game has various variants of troops and assigns players to build the village of their dreams, raise an almighty clan and defeat regular clans in fierce battles. The most popular troop types are Wizards, Barbarians, and others.

When you begin a new game, the target is to join a clan of friends or other gamers.

The game lets you test your abilities in the Clan War Leagues, where you can prove your superiority. During the war, players have to carefully plan their tactics using a continuous combination of spells, troops, and heroes.

Later, they have to pick resources, defend their house from enemy raids, research new tech and unlock heroes.

The good thing about Clash of Clans is that if you are new and don’t want to start from the beginning, you can browse various marketplaces to purchase a high-level account.

Clash Royale also markets itself as a Mobile Strategy game that requires players to battle opponents in epic confrontations. It brings gamers close to the intense experience of experiencing real-time Multiplayer battles by taking control of their favourite characters.

The player must gather and upgrade various cards, including the Clash of Clans Troops, Spells, and others that they will get to know soon after installing the game. The game’s final goal is to defeat the adversary king and princess from their defences to win trophies and loot. At the game’s finish, the winner gets rewarded with “glory points” and crowns that they deserve.

Curiously, both Clash Royale and Clash of Clans are developed by Supercell. Both take place in the same fictional world and have comparable characters, environments, and weapons. Though they are somewhat related in terms of genre, some differences come in play.

The most prominent differences come in gameplay – Clash of Clans offers real-time strategic gameplay, and it’s often catalogued as a mix between action and strategy. As you may have noticed, the strategy is the key for Clash Of Clans. Well-timing an attack may make the difference between losing and looting an enemy’s base.

You get to play against real-time players from all across the globe.

Clash Royale, on the other hand, is more of a Tower Defense video game. You also get to fight real-world players in the dedicated battle arena.

After winning a big fight, the game rewards the winner with trophies that can be used to unlock various items. The items can also be used in Multiplayer fights to boost the chance of survival.

The game’s final goal is to destroy the opponents’ tower while protecting your own to progress.

In the end, it’s hard to say which game is the best, as there are so many differences between the two. To put it simply, the best way to decide which game is right for you is to install them both and give them a try. After a few minutes of playing them, you will likely know what you want to play.