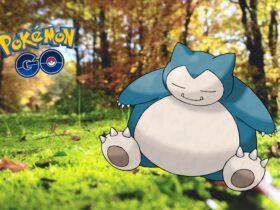 Shiny Snorlax in Pokemon Go – Where to Find and Catch It

Chrome is one of the most popular browsers available. It has recently reached version 88.0.4324.150, and a new update added on Thursday solves a vulnerability that Google claims is being exploited by malicious-intended individuals.

The new update is currently available on Mac, Linux, and Windows.

Google isn’t sharing many details about the new vulnerability labeled CVE-2021-21148 “until a majority of users are updated with a fix.”

However, ZDNet noted that the date the company claims the problem was reported on (January 24th) is only one day before Google’s Threat Analysis Group publicly disclosed a hacking campaign that heavily relied on an unpatched Chrome vulnerability.

According to Google, government-backed hackers from North Korea set up a blog to attract potential victims, which would infect their machines even if they ran fully updated software.

Though we don’t have any official details regarding the problem, you must install the latest Chrome version.

Though the update process works by itself, you can speed things up and force an update from the “About Google Chrome” menu. We insist that you do that as soon as possible to make sure that you are not missing out on any safety features.

It isn’t very pleasant to know that there are people out there spending countless days trying to improve their scamming tactics. The reasons why the group of hackers is doing that is yet to be known.

However, Google is fully aware of the problem, so we should not worry, as that means that they are working tirelessly to develop a solution for the problem.

Make sure that you double-check a site before accessing it. Don’t just tap away on any link!