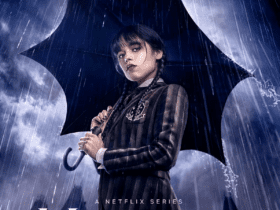 Jassy is firm on the idea that “some businesses take off in the first year, and others take many years.”

“Though we haven’t consistently succeeded yet in AGS [Amazon Game Studios], I believe we will if we hang in there. […] Being successful right away is obviously less stressful, but when it takes longer, it’s often sweeter,” he added.

He keeps insisting that the team will achieve success if they remain focused on what is essential.

The message comes at a turning point for Amazon Game Studios, the giant retailer’s video game development subdivision. He decided to keep developing the division came straight from Amazon CEO Jeff Bezos, who recently announced that he would be stepping down from the position in the second half of 2021 to be replaced by Andy Jassy.

As the company reportedly spends about $500 million yearly on its momentarily unsuccessful video game branch, the incoming CEO must be fully on board with the project.

Bloomberg’s past report claimed that Amazon Game Studios experience a sequence of problems, including a studio head lacking experience in the industry, a “painfully slow” game engine, and a so-called “bro culture” that prevents women from having the same opportunities as men.

In response to that report, Mike Frazzini, the studio’s head, remailed the team, announcing that there is “zero tolerance (for) […] anything less than a fully equitable and inclusive environment.”

In his recent email, Jassy confirmed that he is planning to support Frazzini.