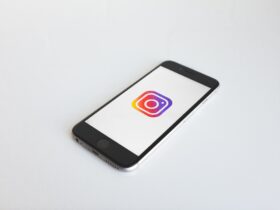 In today’s fast-paced world, it’s important to have access to emergency services at all times. And when you’re out in the wilderness or in a remote location, a satellite emergency service can be a lifesaver.

These services allow you to call for help using a satellite phone or device, even if you don’t have access to traditional phone or internet service. This can be especially important in the event of a natural disaster, when phone and power lines may be down, and help may not be immediately available.

Apple’s new Emergency SOS feature that was implemented on the iPhone 14 lineup is such a game-changer! It makes the phone reach the emergency services on its own if the owner has been through a car crash. But there will be an alternative soon enough!

According to NextPit, Qualcomm has teamed up with rival constellation Iridium to initiate a similar service to Apple’s Emergency SOS. Snapdragon Satellite is its name, and offering emergency connectivity to premium Android phones will be its game for 2023. At first, the service will rely on standalone apps.

However, those who are willing to see the service integrated into the Android operating system itself shouldn’t lose hope just yet. Qualcomm is aiming for such an implementation and it tries to see how it can be done.

The service will reach the first phones in the second half of 2023, which means that there’s still plenty of time to wait. At first, those who live in North America and Western Europe will benefit from the Snapdragon Satellite service, while there’s no word available for other areas of the planet.

Satellite emergency services can also be a great option for travelers, hikers, and outdoor enthusiasts who may be out of range of traditional communication methods. In case of an emergency, these services can help you get in touch with the authorities or a rescue team, ensuring that you get the help you need as quickly as possible.