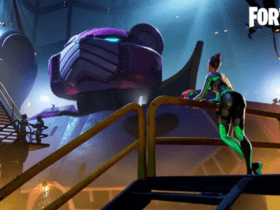 Fortnite Chapter 3 Season 2 is Ending – When Does Season 3 Start?

Huawei is working on the upcoming Nova 10 phone series, and there are plenty of reasons to believe that something really big is on its way to the market, although we’re talking about mid-range phones. The news comes from the Chinese brand itself, as it confirmed a few days ago that it’s bringing the Nova 10 series to the market very soon.

According to Gizmochina, Huawei is boasting about the 100W wired fast charging capability that the Nova 10 Pro model features, adding that a full charge will be possible in only 20 minutes. The battery of the device is also pretty impressive, considering that it’s sporting 4,500 mAh. Renowned tipster Digital Chat Station confirms the information on Weibo, a Chinese social media site.

Huawei also announced that the Nova 10 Pro series of smartphones will have its debut on July 4 in the Chinese market. This means that it should arrive a bit later for other parts of the world.

Thanks to the leaker mentioned above, we also know about a series of specs for the upcoming Huawei Nova 10 Pro, and we must say off the top of our head that the gadget surely deserves some applause. The upcoming phone runs on the 4G version of the Qualcomm Snapdragon 778G SoC processor. It features a large waterfall AMOLED display of 6.78-inches and a refresh rate of 120Hz. The resolution is also impressive: 2652 * 1200 pixels.

The cameras of the upcoming Huawei Nova 10 Pro are also worth mentioning. There’s a triple camera setup mounted on the rear that has a large main sensor of 50MP. There you’ll also get an 8MP ultrawide + Advanced Depth Sensor.

Instead of just one front snapper as smartphones usually have, Huawei’s device will have two of them. What an improvement, right? In that area, the device will be sporting a 60MP main lens and an 8MP portrait telephoto lens.

The Chinese phone manufacturer Huawei seems eager to prove that it can surpass Samsung, as it did before. However, only time will tell.