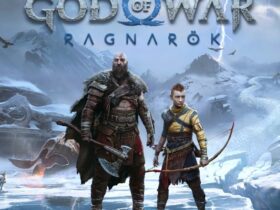 God of War Ragnarok Will Most Likely NOT Get a DLC Despite Numerous Loose Ends – Fans Are Disappointed!

Wear OS 3 has received a number of upgrades since its release, which have resulted in a number of improvements. However, the most major update to date has now been released, which enables users to get turn-by-turn navigation in Google Maps even when they are not using a linked smartphone.

Through the Wear OS support website, Google informed customers of the upgrade and informed them that in the future, they will be able to use turn-by-turn navigating in Google Maps on their supported Wear OS smartwatches without requiring connected smartphone. This information was supplied by Google. However, despite the fact that it seems exciting and will save you time, you will still be required to maintain a wireless connection. Users who wish to take benefit of this capability will instead be needed to utilize a smartwatch that is connected to an LTE network. This means that there are just a few Wear OS 3 models that offer this functionality at the moment, with the Pixel Watch and the Galaxy Watch 5 with LTE being two of the more popular possibilities.

If you are interested in giving this a go, you will need to open the Google Maps software on a wristwatch that is compatible with it. Once you are there, you will have the option to either search for navigation places by using the display or to ask Google for directions by saying “Hey Google.” It ought to be a fantastic contribution to the overall quality of the user experience. The news comes at the ideal moment, given that CES 2023 is now taking place and the firm has also revealed updates to Android Auto, including its new split-screen look, as well as changes that are on the way to the Android 13 media player, including how it will handle Spotify Connect devices in the not too distant future.