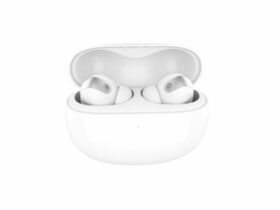 Candy Crush is one of the juiciest games of all time. It brought the world of puzzle games to millions of players across the globe.

The game is highly addictive, not only thanks to its colourful, pleasant look, but also thanks to the simple gameplay that can get people of all ages to join the hype train.

The game was (and still is) a worldwide phenomenon, as it registered tens of millions of downloads. King, the game’s developers, got the brand on multiple items, including candy and other merchandise forms.

The franchise got so popular that it spawned multiple spinoffs.

One of those very popular spinoffs is Candy Crush Friends Saga.

It is a lot like the original game, but with some extra tweaks here and there to customize the experience.

Candy Crush Friends Saga is an app like any other, which means that it receives updates now and then so that the developers make sure that the game is running as it was meant to and the players have access to the latest content.

Collect flowers to move up the Spring Race leaderboard. The higher you place, the sweeter the rewards!

(To balance the game, we may test events. This could mean that you see a different version of the event, or that you don’t see it in your game.)