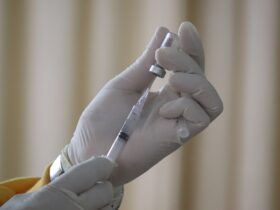 We spoke just about two weeks ago about the upcoming Call of Duty game that Infinity Ward is working on. We’re talking about a remake of the Call of Duty: Modern Warfare II title, and all hints indicate that a massive game is on its way.

Call of Duty Modern Warfare II comes out on October 28 for PlayStation 4, PlayStation 5, Windows PC, Xbox One, and Xbox Series X. This obviously means that you have plenty of time to prepare for the big release of the game! Therefore, go ahead and play some other Call of Duty games to stay in shape if you’re a fan of the series! After the first trailer of Call of Duty Modern Warfare II came out, a new one showcases something different and just as exciting, and you can feast your eyes on it below:

The video’s description is just as relevant:

An oil rig in the Gulf of Mexico is storing the cargo that could spark a global conflict.

Task Force 141 found intel that shows missiles hidden on board and have dispatched a team of Soap, Ghost, and Mexican Special Forces Colonel Alejandro Vargas, along with Shadow Company, enter a ship full of well-armed AQ enemies to locate the controls for a missile bound for the US.

Summer Game Fest 2022 presented the debut of the Dark Water level in the upcoming COD game. The graphics look close to perfection, as was expected. The legendary series always seems to try to bring better visuals. For instance, let’s not forget that the Call of Duty: Warzone and Modern Warfare bundle, perhaps the most popular COD games in the present, requires about 250GB of storage space.

Are you also excited about the arrival of Call of Duty Modern Warfare II? Feel free to tell us what you think in the comment section of this article!