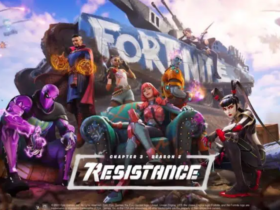 COD Mobile Season 5 is nearly here, so you should be patient for just a while longer.

In Deep Water promised to introduce pleasant content for COD Mobile, and we are here to discuss about when the update is expected to be introduced and what it will bring.

Numerous reports show that some COD Mobile gamers have already got their hands on the new update, as they got an early notification. You may also be able to access the new Battle Pass if you are among those who got lucky enough.

This is a tweet that announced the big news:

Season 5 update has been stopped from rolling out to players. Players who already updated can use the new BattlePass.

The update is now expected to roll out for everyone else on 6/29 UTC. #CODMobile

We expect that the update will have a minimal size, as COD Mobile is getting increasingly better at maintaining its file size down.

Still, you should be prepared to wait for a few moments so the game downloads and updates any relevant assets after you launch it post-Season 5.

There are numerous goodies in store with the new update. It will first bring a new Operator Skill.

The K9 Unit lets a hound loose after enemies, which is the closest we’ll probably ever see to the Dogs scorestreak of past games.

There will also be new maps and perks. We suggest giving the new update a go as soon as you can so that you won’t miss on any of the goodies.