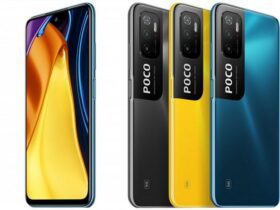 China aims to send the first humans to Mars and build a permanent base.Â

It’s great to see the country stepping up and committing to such daring and inspirational goals, but the competition is tough. NASA and SpaceX also plan to send the first crewed mission to our planetary neighbor in a few years.

It’s not about luck, but how much the nations are willing to do to reach their goal.

The great news about China’s plans to send the first humans to Mars was announced recently. Wang Xiaojun, the Head of state-owned China Academy of Launch Vehicle Technology (CALT), released a statement discussing the nation’s goals and what to expect.

What it’ll take to send humans to Mars?

According to Xiaojun, there will be three stages of the mission.Â

First, there will be a technology preparation phase. It will involve robots developed to return Martian samples and find a base site for the crewed mission.Â

The second stage will send humans to Mars, and the construction of a permanent base will start. Once it’s done, the third phase will kick in.

That will include large-scale Earth-to-Mars cargo fleets depart to hasten and seed development projects on Mars. And that’s not all.

China’s plans are indeed more ambitious than we probably believed, but that’s not all.

The academy discussed some nuclear-fueled vehicles for human missions of exploration to the Red Planet.Â

That’ll include a system dubbed “Sky Ladder,” now under investigation to find the best ways to reduce the cost or scale of future transport or probe mission to Mars.Â

Sky Ladder will be nothing but a “space elevator,” and is not an entirely new concept.Â

The thing is that the technical skills needed for that development may simply not exist yet.

Who Will Win the Race to Mars?

As previously said, China’s not the only one that wants to send humans to Mars. Unlike the US, where NASA, SpaceX, and many other private space agencies, China is pretty united under a single system.

So, the country’s decision to be the first to announce detailed plans of its upcoming expansion into space is not that surprising.Â

The chances for China to be the first to settle humans on the Red Planet are meager. The plan, though, is ambitious and inspiring.