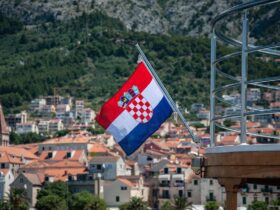 FIFA 23 Will Bring Croatia’s NT to the Squad Roster

The Minecraft MMO – Massively Multiplayer Online servers vary when it comes to gameplay elements. All of them make an online fantasy world for players. MMO encourages players to interact with both NPC characters, and with other players around them, through sets of in-depth quests.

Which one is the most popular MMO server?

The largest and the most popular MMO server in Minecraft is Wynncraft. It is completely free, and it requires a Minecraft account and an internet connection. Wynncraft has more than 100 unique quests which teach you about the great world and tell you great secrets about it. As of 2021, it has more than 2.9 million players on this server.

These are the best MMO servers:

This one is a Minecraft MMO game that comes with a 1:1000 scale earth map. It is a copy of the Earth, that’s based on real satellite data used to import the terrain — real-world terrain — into a Minecraft map.

When it comes to the gameplay, the real-life earth map will give you perhaps the best experience out there. The gameplay has many custom features and MMO-inspired gameplay extensions, like quests, witchcraft, rain dungeons, collectible pets, and fighting.

Here, players are trapped in a magical, horrifying prison, that’s filled with NPC and other players. You start the game as a “new inmate” — the lowest rank. The goal is to get enough money to progress through prison ranks, and escape to the free world. The game has been online since 2014, and it has thousands of players connecting every day. The gameplay is amazing, and it gets updated constantly.

This one allows players to build and protect their won kingdom. The game is rich in details, and it encourages players to raid and pillage competing kingdoms that are owned by other players. This requires skill and custom abilities, and it gives the game a new dimension, something different than what we’ve seen so far.

This is one of the most popular MMO game. The idea behind it is even better. It attempts to bring the classic game of Runescape into the world of Minecraft. You don’t need any mods to join this one. All the features are implemented through a custom texture pack, which can be installed once you connect to the server.

This one is the most popular MMO game out there. It comes with thousands of concurrent players, and everyone has a great opinion about it. There are many things that make Wynncraft so special and loved, and one of them is the myriad in-depth quests that are available for players. There are more than 100 quests, and for each and every one of them, you have to make decisions that will have an impact on the player’s overarching storyline.