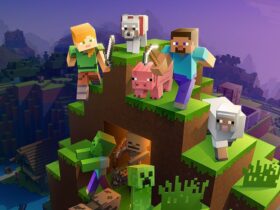 Minecraft Update 1.17.10 Available With New Ways to Decorate Your World

Are you looking for the most enjoyable game modes in NBA 2k21? Then we got you covered!

We are here with a breakdown of the most popular game modes in the game.

NBA 2k21 is one of the most popular games of the moment, and it is meant to play daily without feeling repetitive, with top-notch content to keep you captivated.

For newbies, the game seems a bit overwhelming at first as it is hard to figure out what should you invest your time and energy into right from the start.

These are some of the most popular game modes of the moment:

Park is also dubbed the neighborhood, the beach, or the city. It is a solo mode, and it allows players to play online as the character they’ve developed via MyCareer. There are casual streetball games to 21, either 2v2 or 3v3, with friends or strangers. Everybody can make a bit of VC after the game finishes to use for upgrading their character.

Team grade and winning bonuses dictate how much VC you are rewarded in Park games.

There isn’t too much at stake in Park.

Also, if you’re in the Park by yourself, you should go to the no squad court so that you won’t get kicked by a two or three-person crew that is ready to play.

ProAm is considerably more competitive than Park and requires players to join with a squad to participate in 3v3 and 5v5 game modes, and the game matches you and your team with others so that you don’t have to wait around for worthy opponents to challenge.

Your reputation is on the line when you play ProAM, as the games that you win, lose or abandon all have an impact on your ranking.

Players with top rankings will be able to make a name for themselves in NBA 2k and go pro.

AnteUp is all about wagering in-game money called VC.

You can play AnteUp in 1v1, 2v2 or 3v3 modes so that you can play with or without a squad, according to your liking.

It is a lot like Park, but with the addition of 1v1 and real VC at stake, making the experience a bit more challenging.

Courts will include different VC wagers at the top so you know precisely how much you can win or lose after the game.

If you know you are doing good and want to build up VC faster, AnteUp is one of the best choices.

The mode is also a tryhard central, so you will have to trust your squad’s abilities and yours alike.

If MyTeam sounds like too much of a waste of time for you, and you want your players’ strengths and weaknesses to be accurate, you should give PlayNow Online a shot.

It is a great mode to play 5v5 competitive matches against other players without grinding intensely for your team.

Teams are premade, so you only have to pick your favorite NBA team and challenge a friend or stranger as soon as you want to.

According to the team you choose, if you play online with random people, the game will match you with other players with similar skill levels that usually isn’t a blowout.