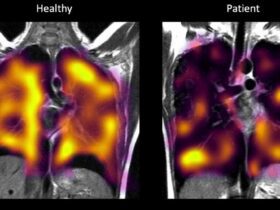 Minecraft is a fantastic game. It is also one of the titles with the longest run time in history. It brought many gamers together and formed numerous communities.

Minecraft Pocket Edition saw the action move to smartphones, so gamers could take their creations wherever they go.

Minecraft seeds are beneficial for players who want their in-game world to look a specific way or pack certain features.

Seeds are strings of characters that spawn specific in-game assets. Some are pure numbers, others are numbers mixed with letters, and in some cases, the combinations sound odd or straight-up terrifying. However, that is not the case today.

If two players create a world on the same version of the game and input the same seed, they will be spawned in identical worlds.

Some seeds feature numerous villages and naturally-created structures, while others feature tall mountains and fields full of flowers and other goodies.

Whether you are looking for lovely scenery to set your base in or need some extra loot from the start, you will undoubtedly find a seed to your liking.

Here are our top picks for January!

The following seeds were tested on Minecraft Pocket Edition version 1.16. They may not run on older versions of the game at all. Also, newer versions may completely change how these seeds affect the world, so you should hurry up if you want to set foot in any of them! Keep in mind that if you want to share a seed with your friend, you should make sure that they are running the same Minecraft version.

This seed is snowy and will fit the needs of most winter lovers!

It features incredible ice spikes close to the spawn and plenty of biomes to play with – snowy taiga, mountain, forest, and plains!

The ice spikes make it suitable to build an ice kingdom!

This seed is impressive because it features a pillager outpost spawned right on top of a village, making it look like the outpost spans all the way down into the ravine.

It is a known visual glitch that occurs when structures get spawned into the air, but the effect is still convenient and impressive.

A loot chest is located atop the pillager outpost. It packs a crossbow, two bottles of enchanting, carrots, hay, wood, and string.

However, it would be best if you dealt with the pillagers before delving deeper inside the outpost, as they are extremely hostile and may end you when you least expect it.

Yes, you read that right! Not only does this seed feature impressive views, but it also includes a few naturally spawned structures in the spawn’s vicinity, plus four different biomes right from the start!

Players are spawned in front of a vast mountain. If they wander around the mountains, they will rapidly discover a witch hut, a distant desert village, and a pillager outpost. Quite a find, isn’t it?

This seed has some impressive particularities. There is a village close to spawn. Though it appears as a typical old village, a total of eight different loot chests can be found through it.

The chests are packed with iron armor, iron ingots, gold ingots, swords, apples, obsidian, and others.

There is enough obsidian to build a nether portal straight away, which is rare on a random seed.