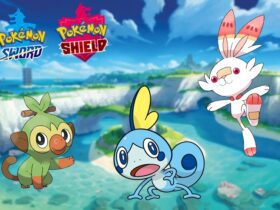 Get Now All Pokemon Sword and Shield Starters – Tips & Tricks

Between 2019 and 2020, Australia’s Black Summer bushfires brought destruction to land, animals, and natural habitats, in a terrible unchained hell on Earth. The impact was so huge that it still being measured. Recent data unveils shocking consequences to Earth’s atmosphere.

Scientists observed that the smoke spread from the blaze into the atmosphere is actually bigger than that of a massive volcanic eruption.

In a new paper, a team of researchers led by climate modeller Pengfei Yu from China’s Jinan University reveal shocking new data about the unprecedented inferno.

According to the team, the massive smoke cloud was so immense that it measurably heated the stratosphere for months on end.

The researchers simulated the plume’s development and evolution. What they found is genuinely intriguing yet shocking.

The most terrible recorded wildfire in Australia history brought a lasting impact on the region’s skies.Â

“Simulations suggest that the smoke remained in the stratosphere for all of 2020 and that it measurably warmed the stratosphere by about 1-2 Kelvin (equivalent to 1-2 degrees Celsius) for more than six months.”

In addition to heating the stratosphere, the smoke also had a diminishing consequence on ozone levels. It destroyed ozone molecules, likely making the ozone hole significantly larger temporarily.

The Black Summer bushfires sent approximately a trillion grams of smoke particles right into the stratosphere. According to scientists, this the biggest amount ever recorded in the satellite era.

The smoke comprised various kinds of smoke particles, such as organic carbon (OC) and black carbon (BC). These types of carbon have a lot of heat-trapping effects on Earth’s atmosphere.Â

For example, BC is the worst due to its heating of the surrounding air after absorbing much sunlight. The Black Summer plume contained approximately 2.5 % of BC, meaning the heating effect lasted the year’s remainder.