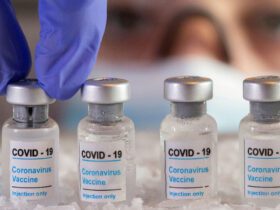 If you’re one of the numerous folks who like to draw Goku and Vegeta, along with their crazy hairstyles and pumped-up muscles, you could consider applying for a new training program held by a Dragon Ball studio to become even better. Even the biggest animators started out from scratch, so who knows where you might end up!

According to ComicBook.com, the new training program for animators will be held by Toei itself and begin in April 2023. The goal is obviously to train great animators in order to become even better at animation creation.

Are you ready for the “Toei Animation Drawing Academy”?

“Toei Animation Drawing Academy” is the name of the program itself, and Toei explained as ComicBook.com quotes:

Due to the rapid expansion of the global animation market and the rise of higher quality works, the needs for animators continue to increase in both quality and quantity, and it is becoming more difficult to secure human resources year by year.

The announcement further says as the same source quotes:

In recent years, we have trained animators in-house by hiring new graduates, but this time we have established “Toei Animation Drawing Academy” as a training program to learn practically in a shorter period of time. In addition to Toei Animation’s animation drawing know-how, we aim to train animators who will be able to work immediately by combining the technologies of top animators outside Toei Animation.

Speaking of Dragon Ball animation, the fanbase is still waiting for the Dragon Ball Super anime to come back. There’s no telling when it could happen, but what’s for sure is that the animated movie ‘Dragon Ball Super: Super Hero’ is coming out in June. It will mark Gohan’s return to glory, as he will be the main star of the show after a very long time.